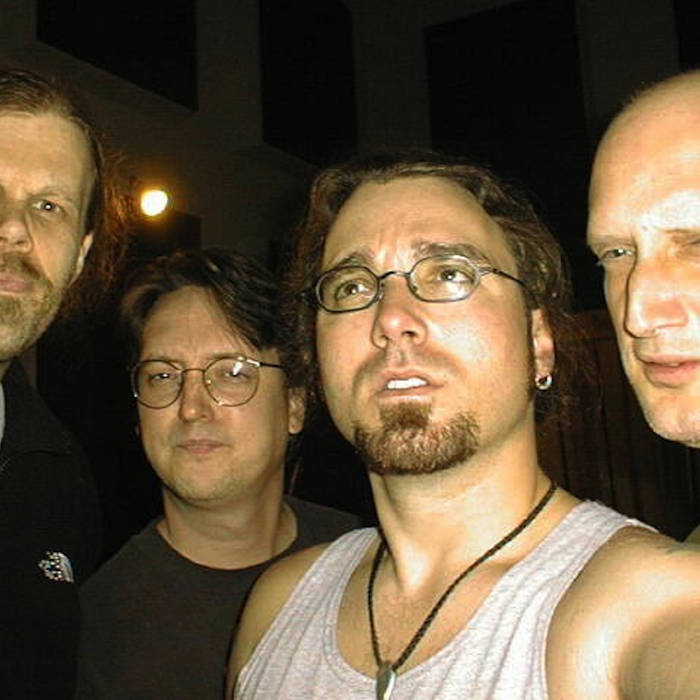 Getting set up in the Studio on Easter Sunday '98 or was it '99?. We hadn't seen each other in a while. Dave A. landed in Dallas and didn't have anything planned. So he rang up the fellows and everyone was up for playing some music together. After a few calls , David finally found a pagan studio that would open up to us on Easter and let us re-unite after 2 years. Dave Castell also made it in. As he did what he does and plugged in all the various mics, we began to make sounds and Castell began getting sound to tape...
This is the beginning results...